Poor neglected blog. ... Here's the beginning of my attempt to catch up.

The 12th July was WW SketchCrawl day (more info here) and being in the UK, I traveled up to London for the SketchCrawl arranged jointly by the meetup group Drawing London on Location and the Urban Sketchers from London and the Oxford Workshops.
I started my day sketching people on the train using a blue Micron in the SeaWhite sketchbook. Then, at Charlies' Café in Portobello Road, I  met up with some sketchy friends, including some from Barcelona, and leant against the café to sketch from the shade. (Who would expect London to be hot in the summer?!)
After a while, James, Nathan, Evelyn and myself, braved the huge mass of tourists in Portobello Road as we searched out both a shady spot and something to draw. The crowds kept blocking our view even as we sat behind the stalls. 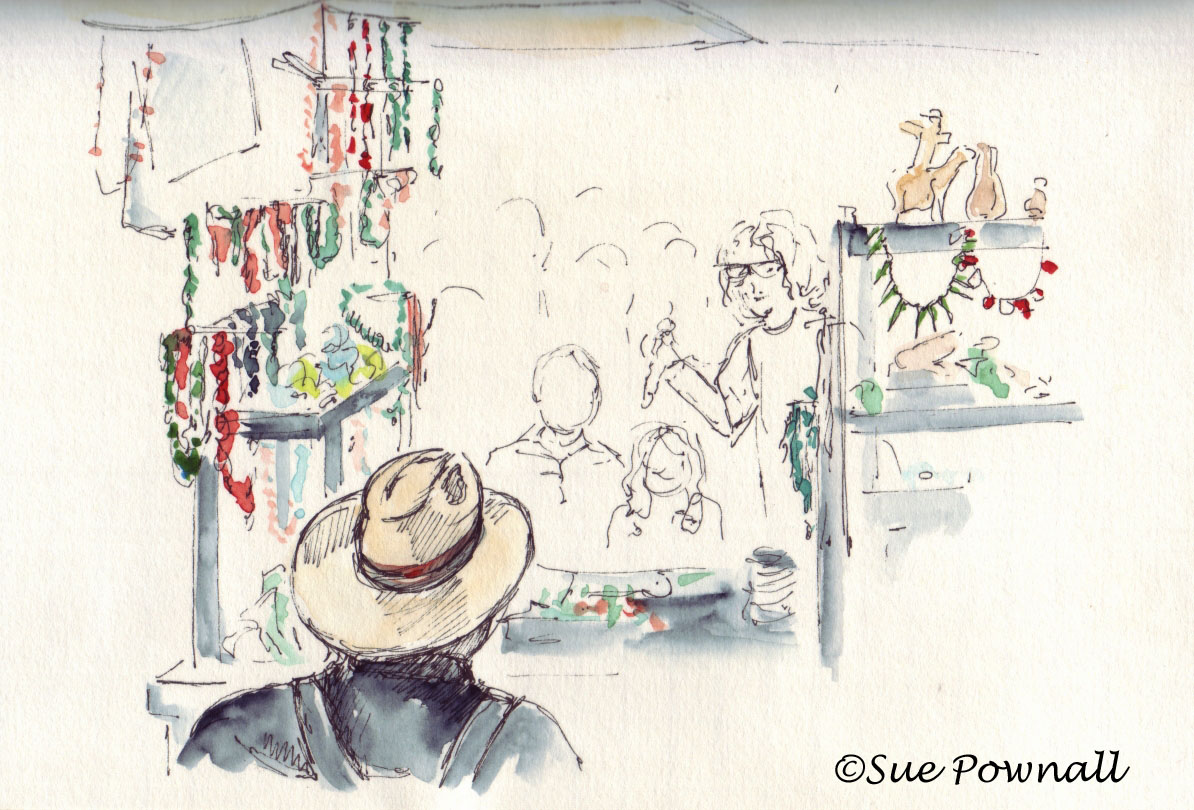 I left the others in search of some food and headed off the main road where I met Emily sitting outside Biscuiteers. Ordering a cuppa, I joined her in sketching the Mediterraneo restaurant opposite.
As it was almost time for the end of the sketchcrawl, I headed to meet the others at the Castle pub, Portobello Road, where we chatted about our day and shared our sketchbooks.
After the group photo of the sketchers who were still around, I headed home and did this final sketch of a man texting. 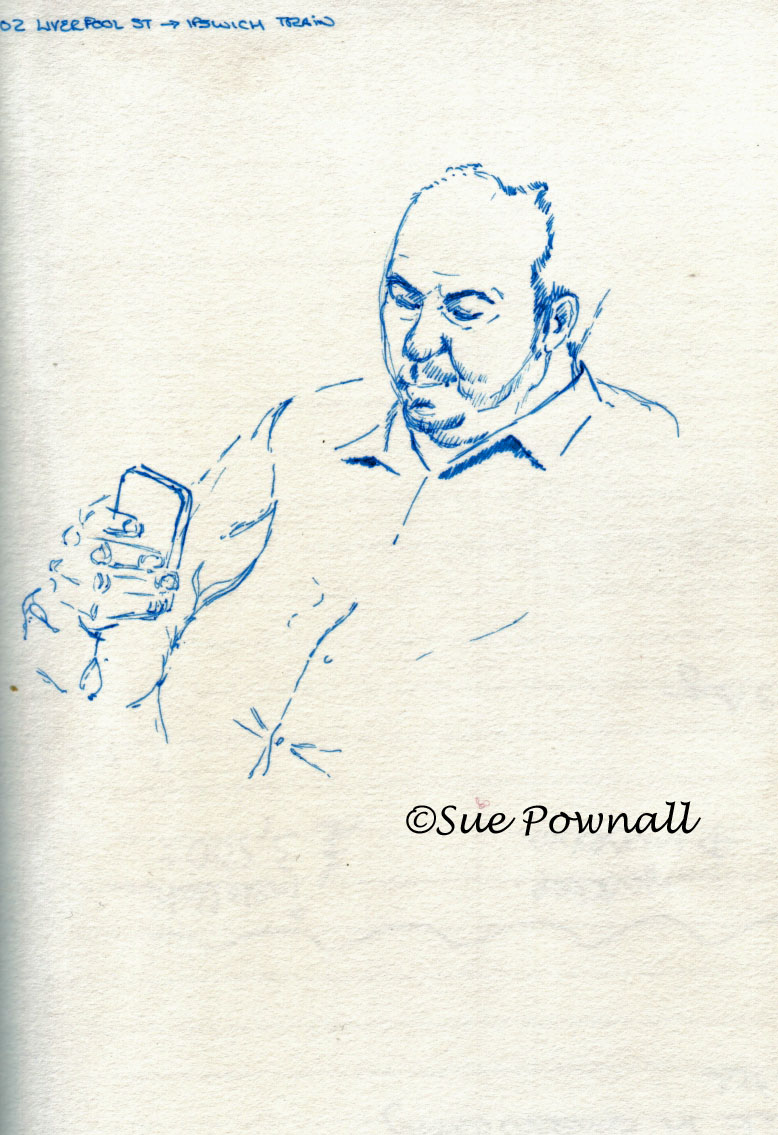 Did you participate in a sketchcrawl? You are welcome to leave a link to your blog post on it in the comments.
Posted by Unknown at 19:45 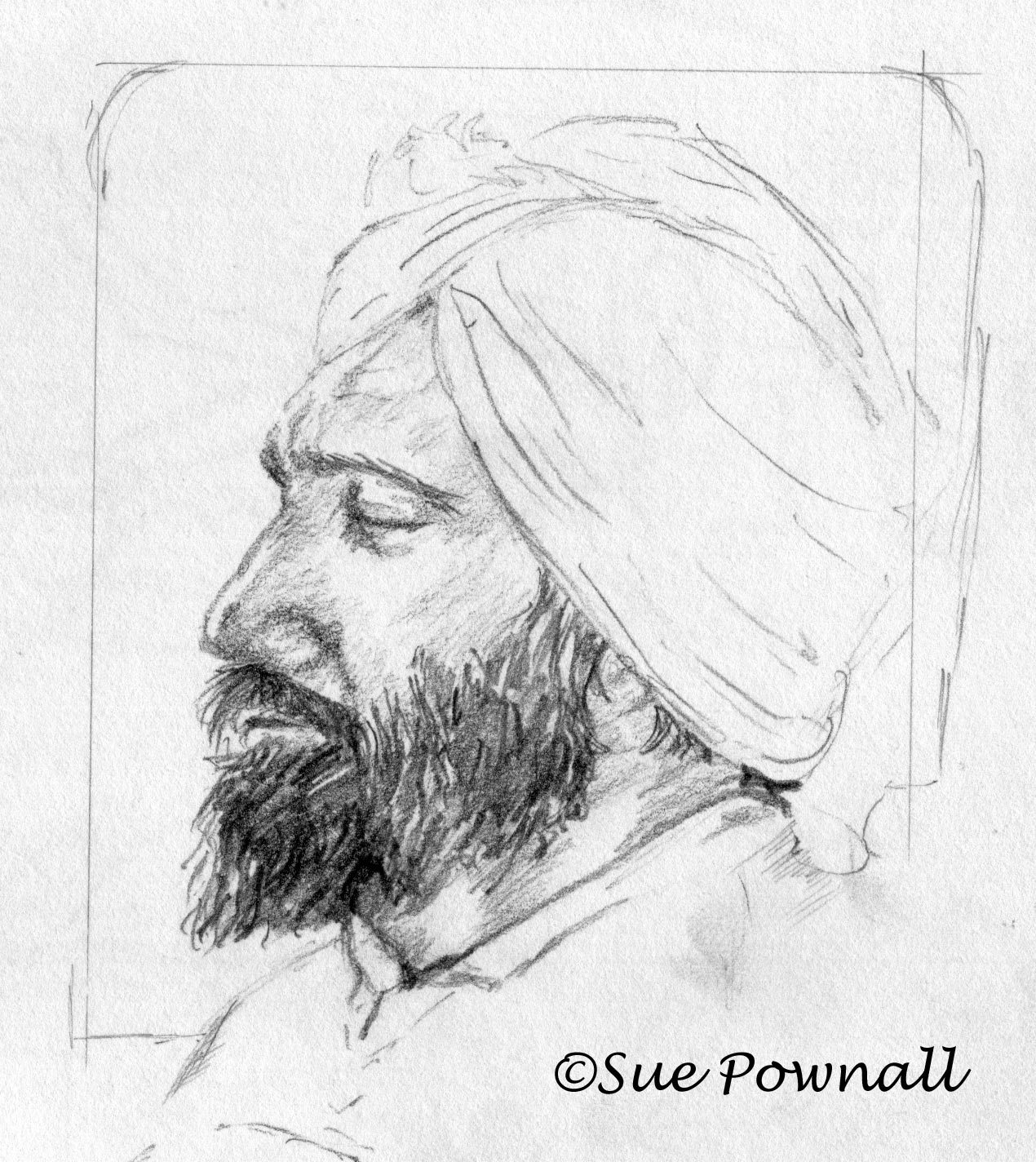 It's ThrowBackThursday and so here's a pencil sketch drawn on a Greyhound bus in Canada1987. I was urban sketching even then, just didn't know it :)