Yesterday, CO3 Gallery in Colchester arranged a Big Draw event, which I attended. We were based near a sponsor, Tindalls Art Store in Trinity Street, but spread out through the town. I wanted to draw St Botolph's Priory as I hadn't drawn it since I was at college in the town. Once again, my colours have come out brighter than usual due to the sunlight, and yes this is England.

After heading back to base, I joined Colchester artist Colin David McAllister on a doorstep with a great view of an old Tudor building, which is now Tyndalls' café. The waitress was great and kindly served tea where we were rather than at a table. Afterwards, I went  into the rose garden, initially to paint roses, but instead captured the gable-end.

All too soon it was time for those left to gather for a group photo and to share their sketches. I'm not too sure why there are Spanish flags behind us - perhaps because we'd stolen their sunshine for the day.


There was not any cider in my sketch kit this week. I used an A4 Monologue sketchbook with Staedtlar pigmentliners and Winsor & Newton watercolours. It was a lovely day sketching with new people and I look forward to sketching with them again.
Posted by Unknown at 19:36

Yesterday, was the 2nd meeting of the Essex and Suffolk sketchers out at the picturesque village of Halesworth. The venue was chosen as a member had an exhibition there.

We were very lucky with the weather as the rain didn't start until we were on our way home. We started at the church and then I found a seat outside the White Swan, where I sat and drew the old alms houses. I think the wonky perspective is partially due to wonky building and a lot due to the cider. Next up was a quick sketch over a bowl of organic asparagus soup, then it was time to meet and share our sketches over a cuppa.


here are lot more sketching events coming up. You can see the Essex & Suffolk ones here: Essex&SuffolkSketchers or you could send me a message.

Where have you sketched lately?
Posted by Unknown at 08:41 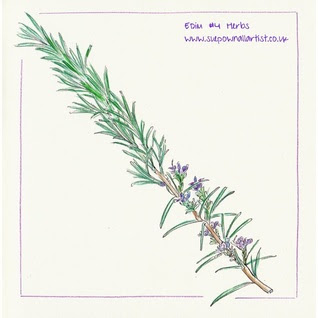 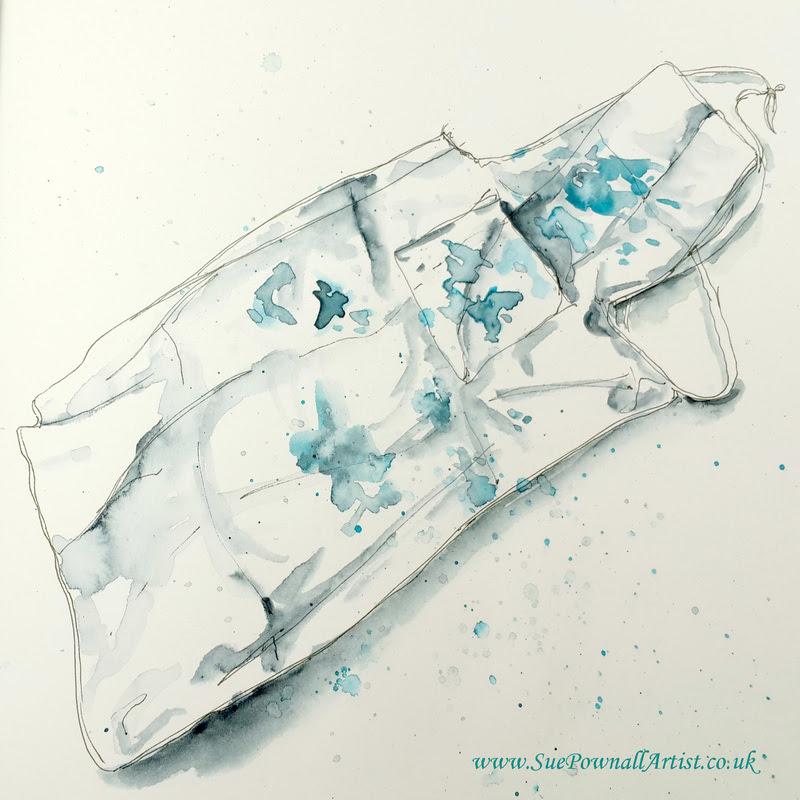 In 2010, I was living in Sudan and finished 30/31 but the peaceful life I led there helped. This year I finished just 22/31. Why? I found some prompts very uninspiring and some I just didn't get time for due to attending a print course,  sketching events, my mother's health, and Degas. Furthermore, I have learnt that I still don't put my art before everything else and I do not have the self discipline to sketch daily (especially when uninspired). Right now, as I type this post, I have 2 illustrations that need finishing, so I shall write no more and let a selection of the drawings speak for themselves. 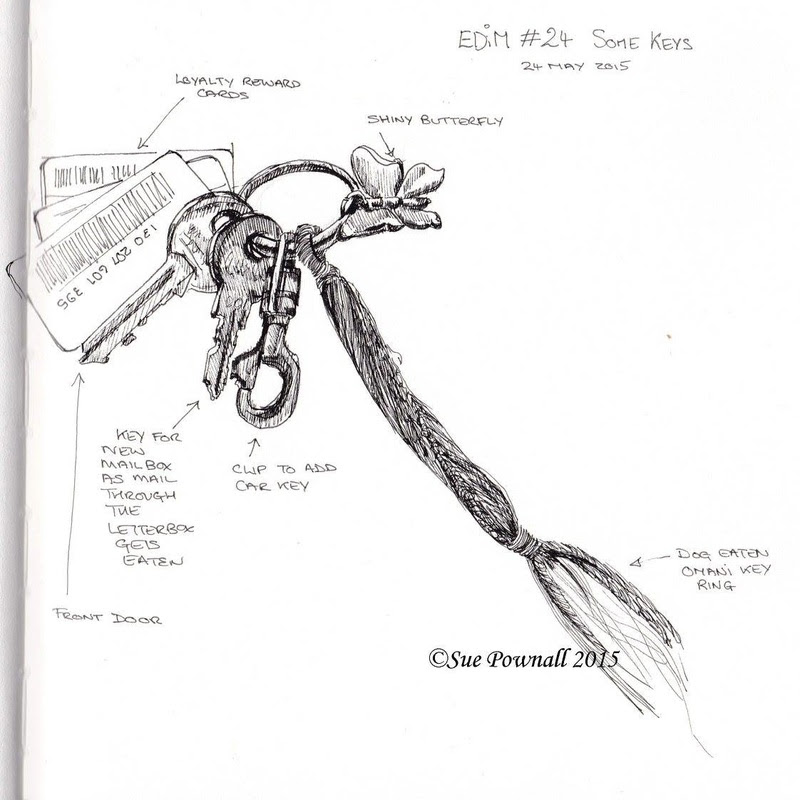 Please let me know which are your favourites, there are more images on my site here. If you participated, why not leave a link to your posts, so I can check them out.