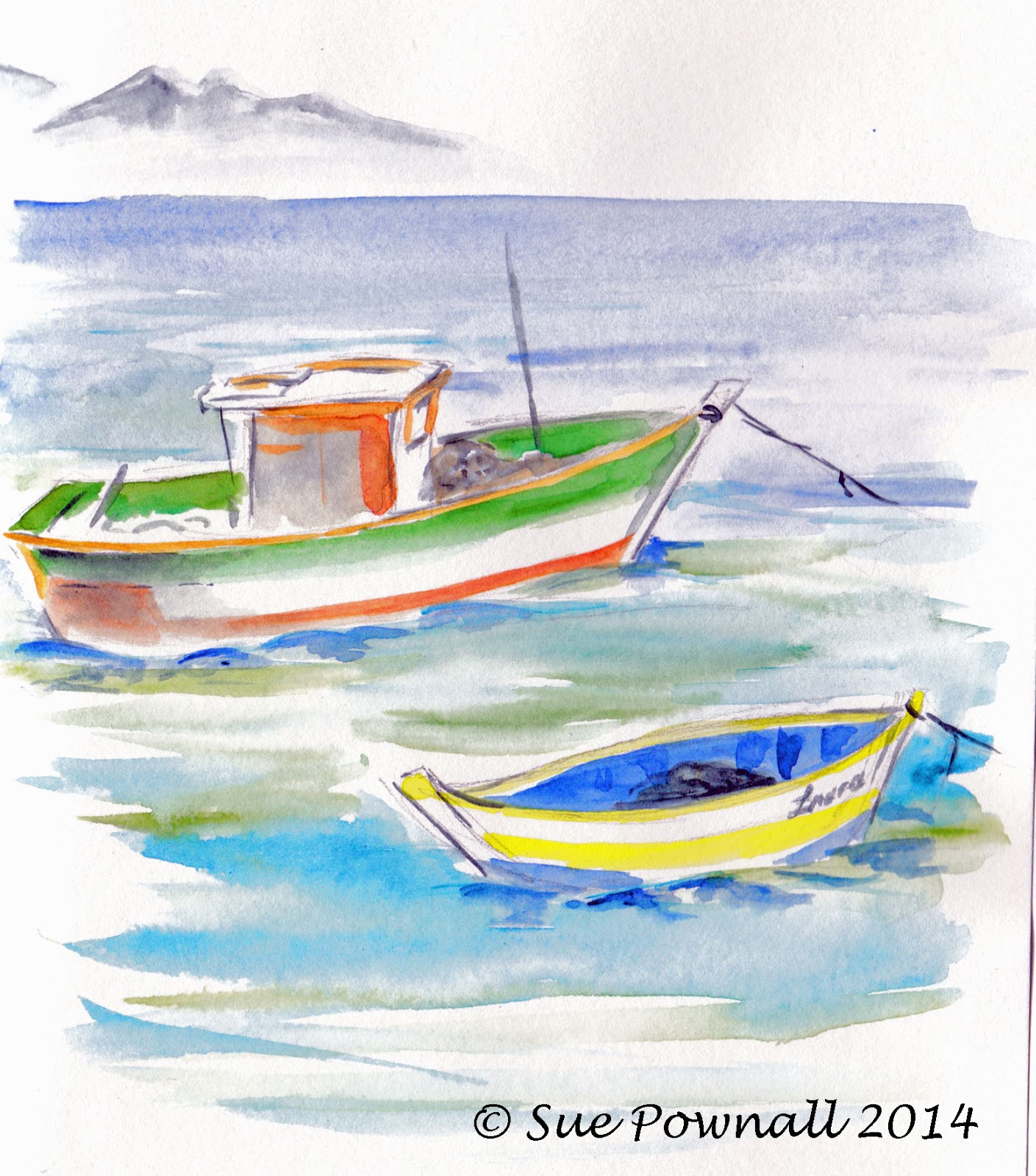 After Rio, with fellow urban sketcher Béliza, I travelled to the far end of the state to the resort area of Armação dos Búzios. (You can read Béliza's account here: Goodbye jetlag). We decided to explore with a mini-sketchcrawl starting at breakfast in a delightful café overlooking the beach. Whilst sipping freshly squeezed orange juice and munching on croistants we set to painting the scene. The boats were so colourful they cried out to be painted.
After breakfast, we wandered along the seafront and stopped near a couple of sculptures, which conveniently were near both shade and seats. Even having someone to sketch with, I struggled all day to draw taking ages to settle and decide on subjects.Whilst my friend started her second sketch in that location, I finally made a poor attempt to capture a blue building nearby.

A bit further on, we stopped for a drink, and I quickly painted (with no under-drawing) the couple sat in front of us. Having wandered around, my final sketch of the day was trying to capture the hews of a nearby tree and the yacht club beyond, but it failed badly. 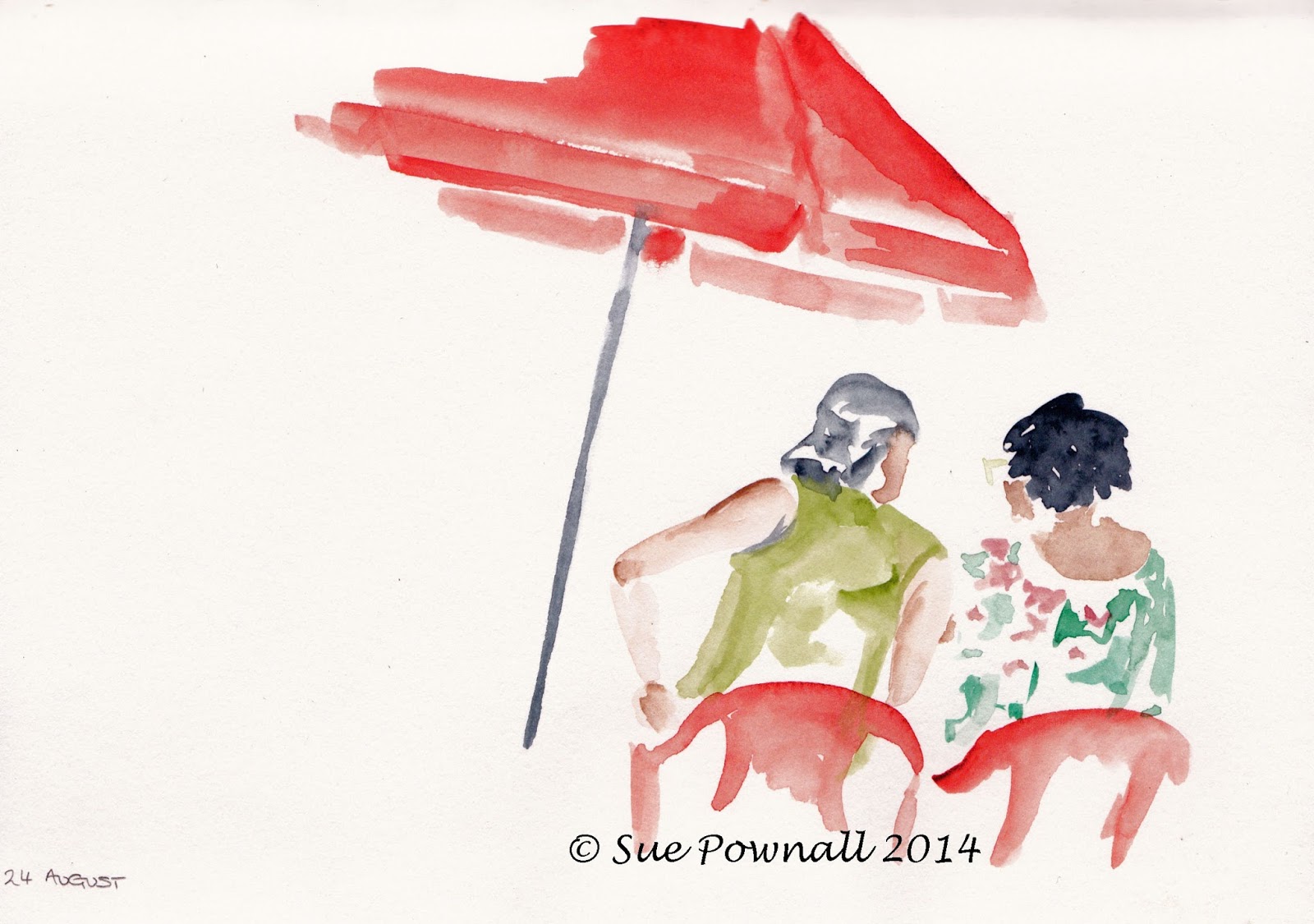 On our second day, we took a boat trip. Even thought the water was cold (it is winter in Brazil) I swam at one of the bays we stopped at, but chose to stay warm and dry at the next one and tried to capture the turquoise sea of Ossos bay. (sorry the scan has changed the colour) 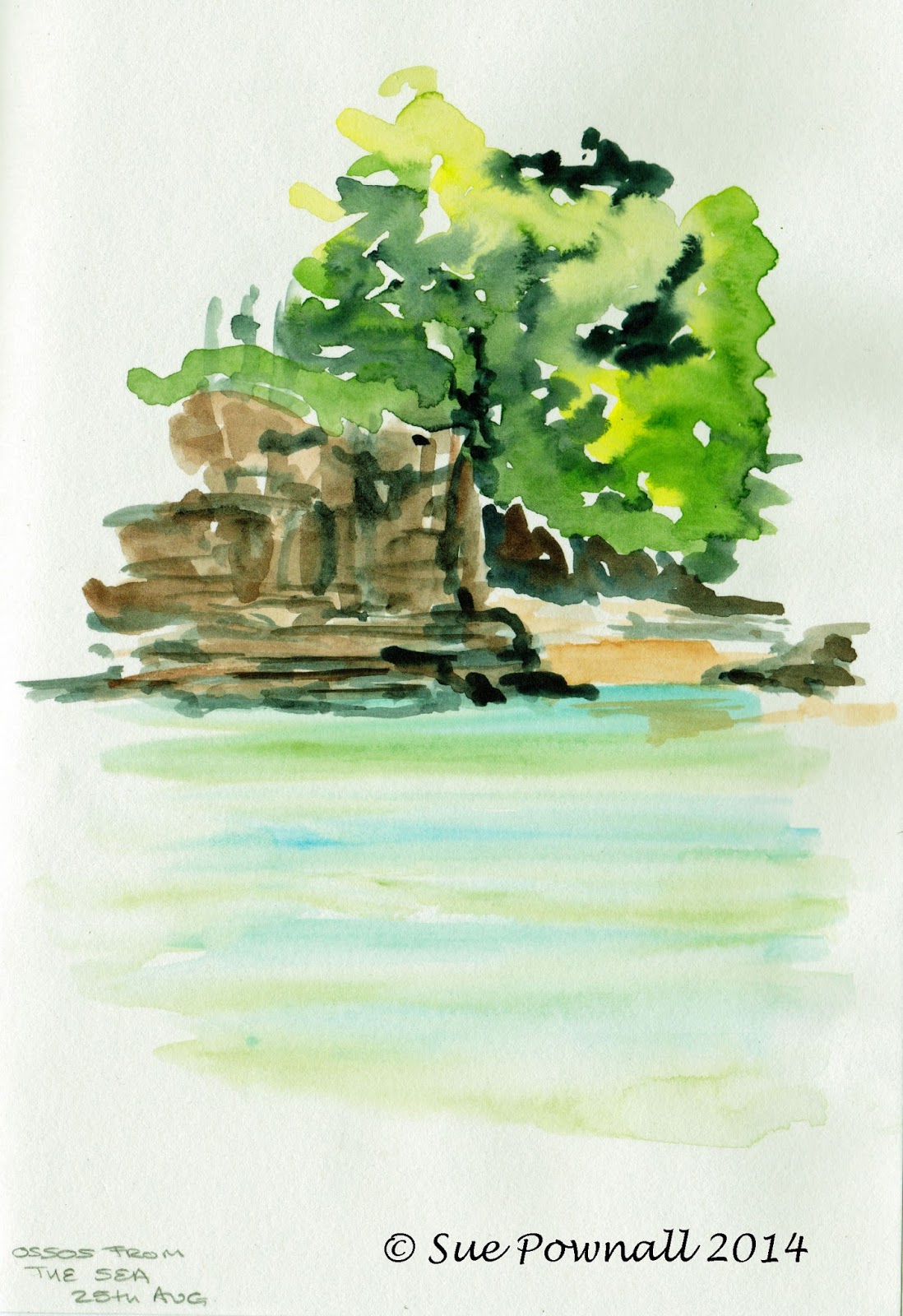 The following day, we took buses the other end of the state, massively delayed due to the Tour do Rio and I did this last sketch staring out of the bus window, not moving through Angra Dos Reis. 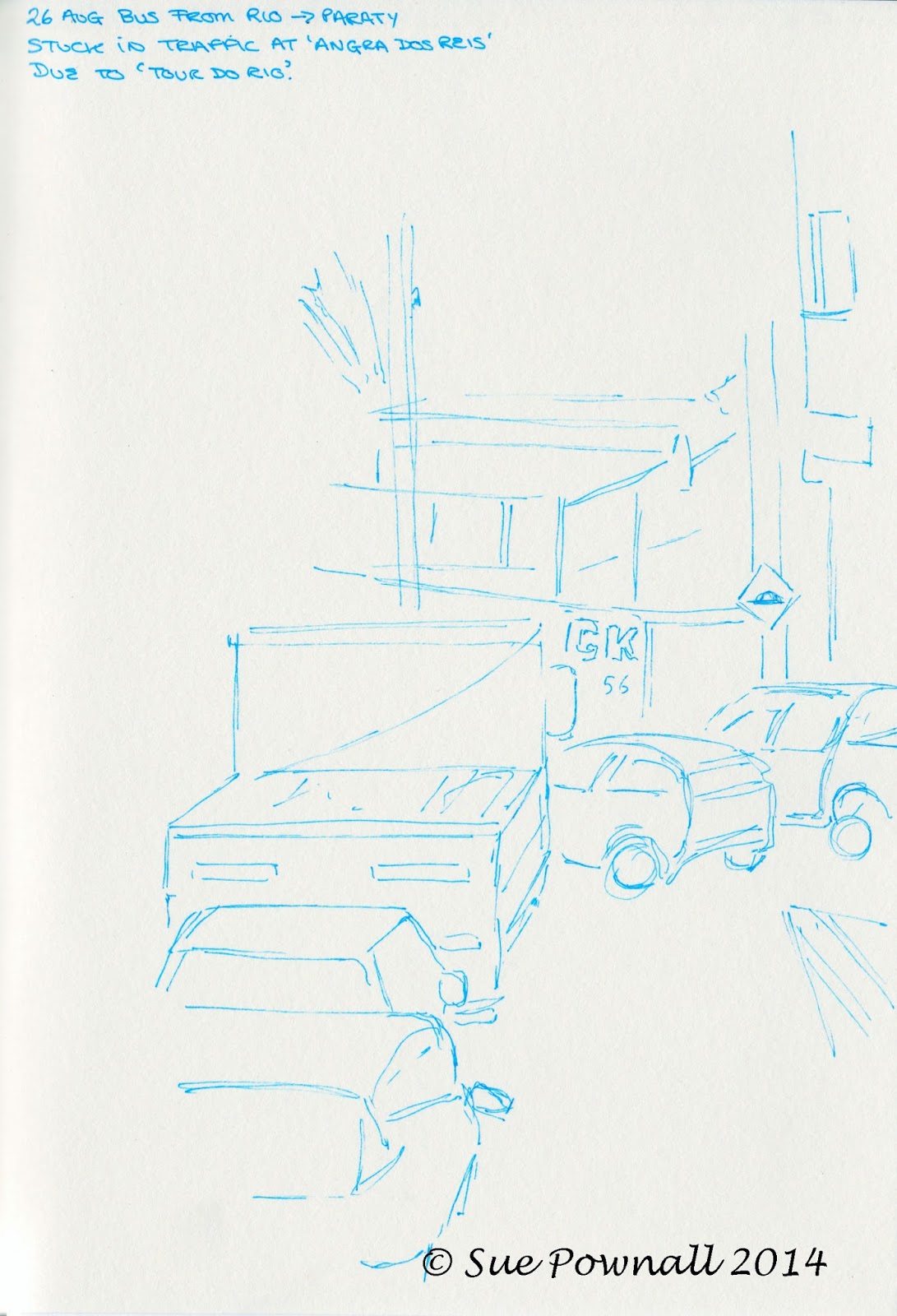 Part 3 is to follow. What do you think so far?