On January 12th I flew to UK and on arrival discovered that dad was in hospital. When I got to the ward in the afternoon he was unconscious and never regained consciousness. He died peacefully ten days later.
From the 23rd, whilst staying in his house, I found comfort through sketching. I tried to record details of dad that would be lost in a photo, but are the little things that show his everyday life. 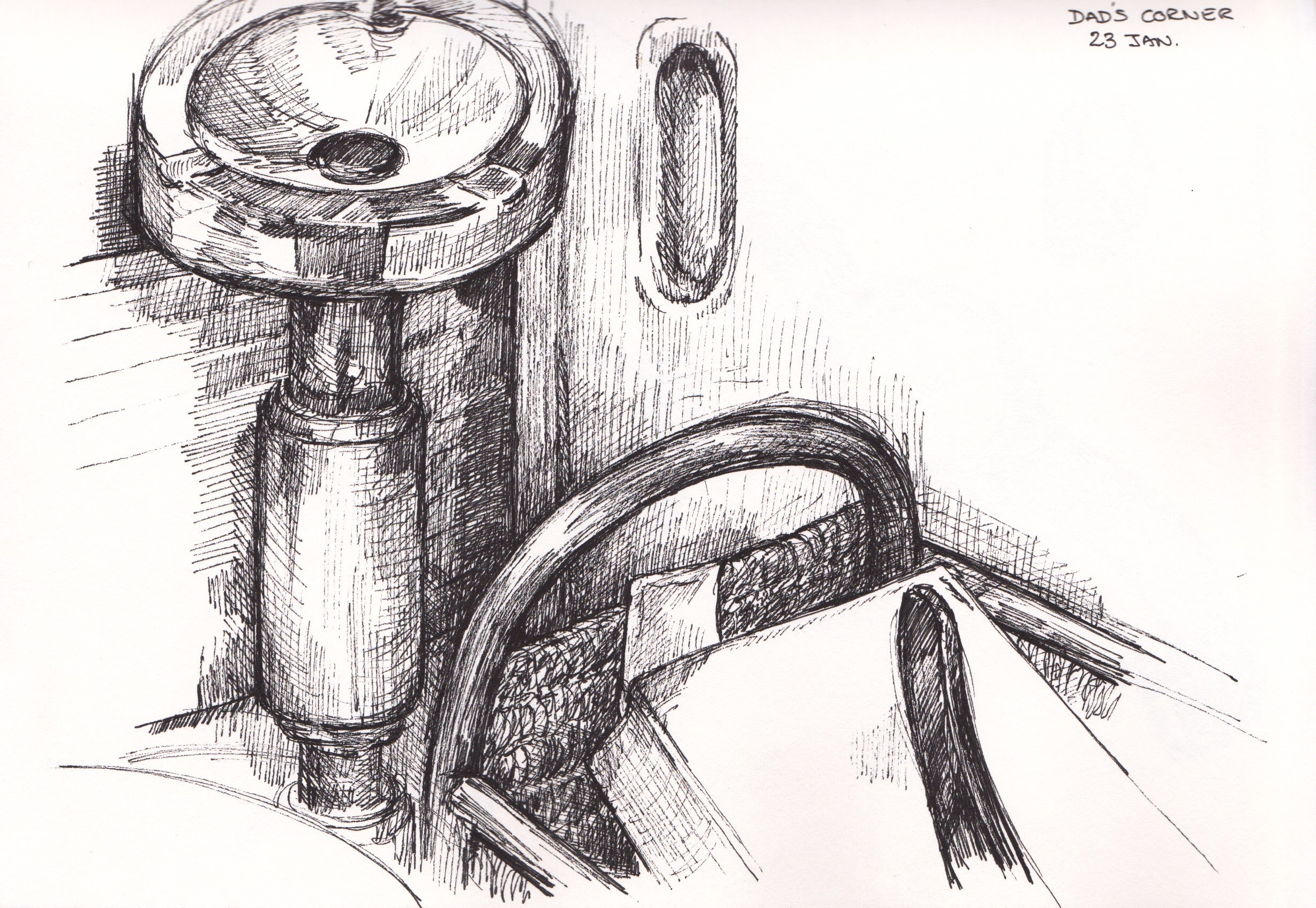 Dad stopped smoking when he was 60, but kept the ashtray as it was given to him by his mother-in-law (my nan). Unlike the stereotype, they had a very good relationship. 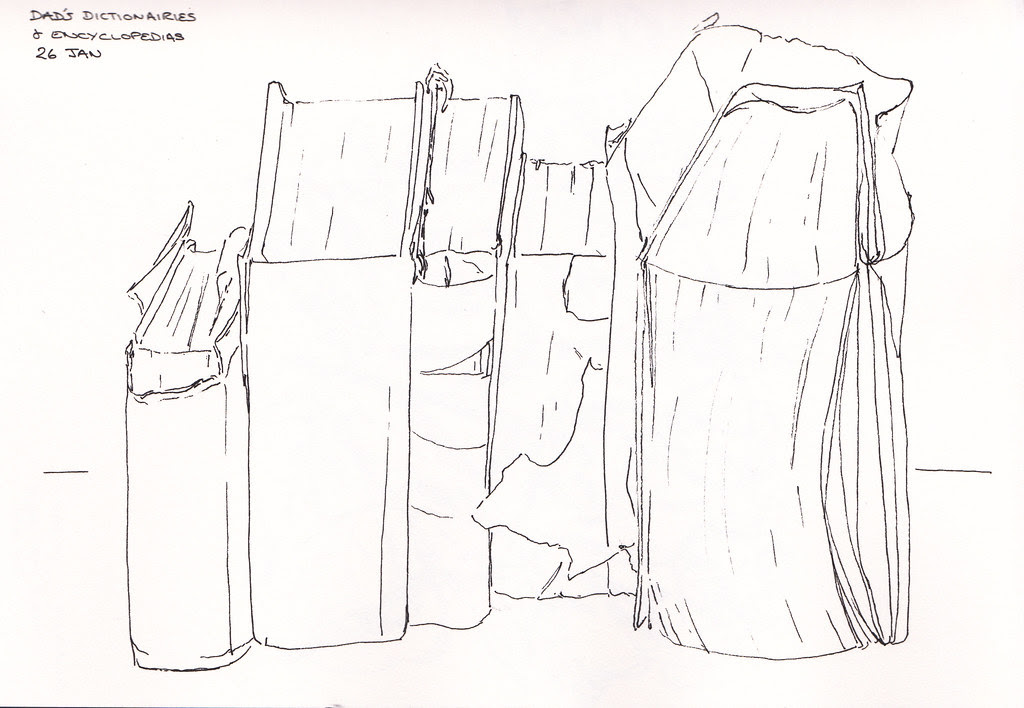 I never understood how dad could get his dictionaries and encyclopedias in such a tatty condition. I guess putting them back to front on the shelf didn't help. 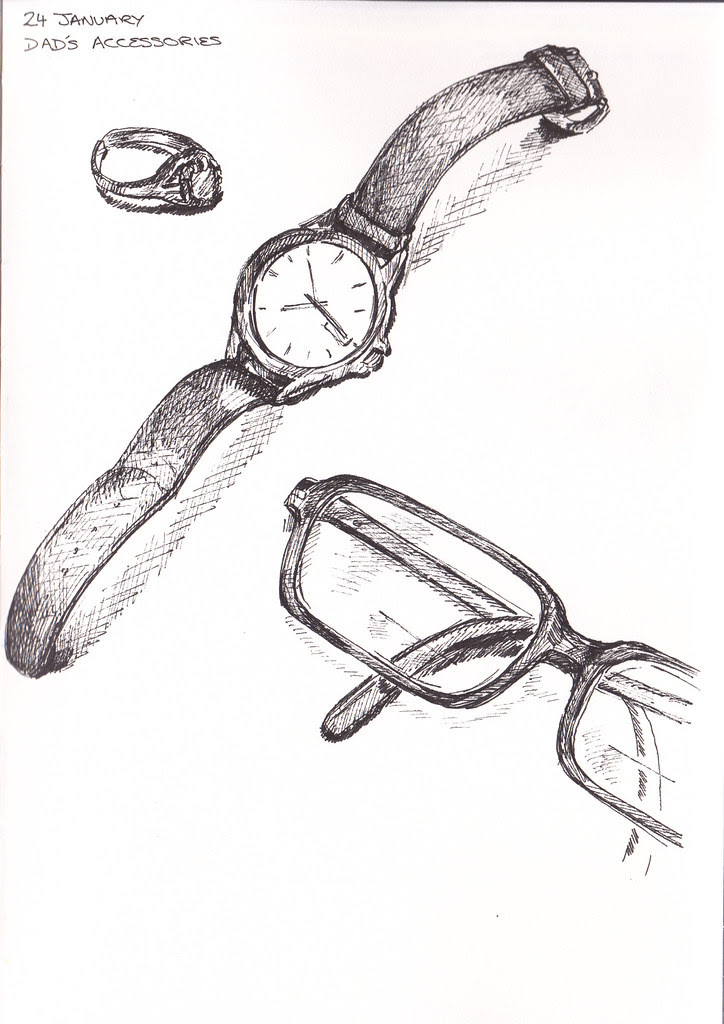 When I went to the hospital for the doctor's certificate, I was given dad's things. The following day, I drew his wedding ring, watch and glasses before giving them to mum. 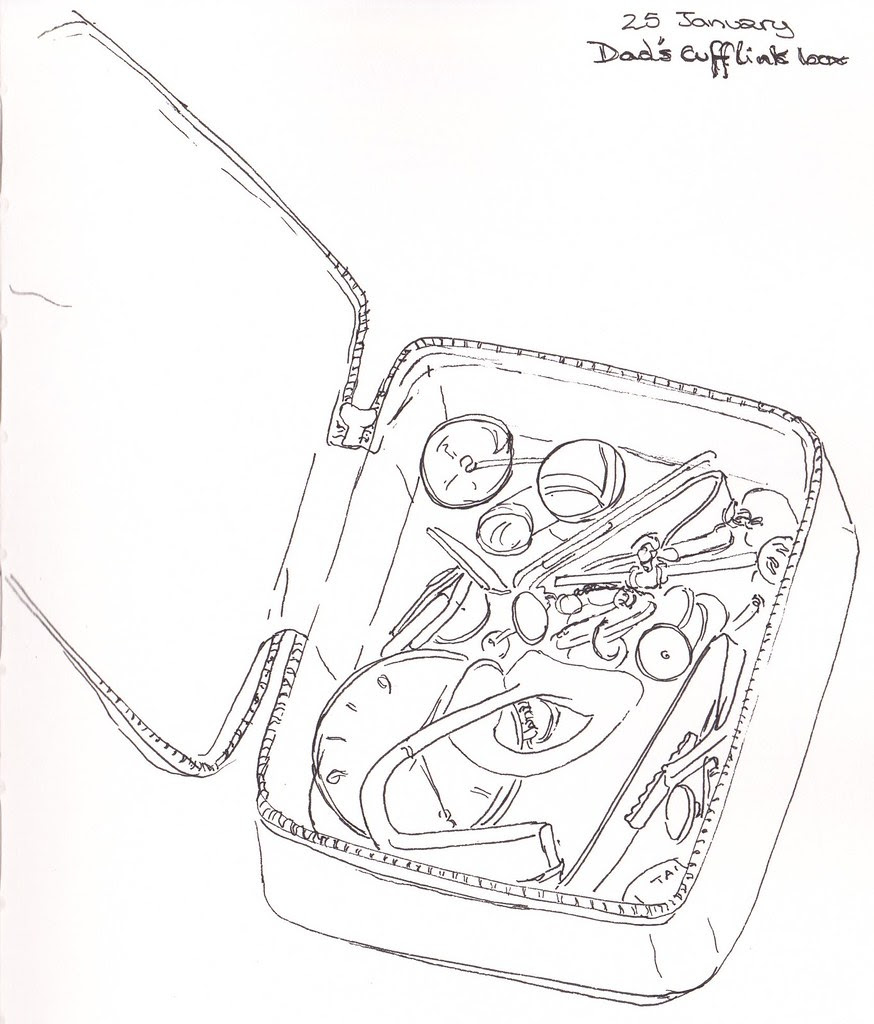 Then, I drew his cufflink box, which contained another watch, minus strap, and his hearing aid - I'd wondered where it was. 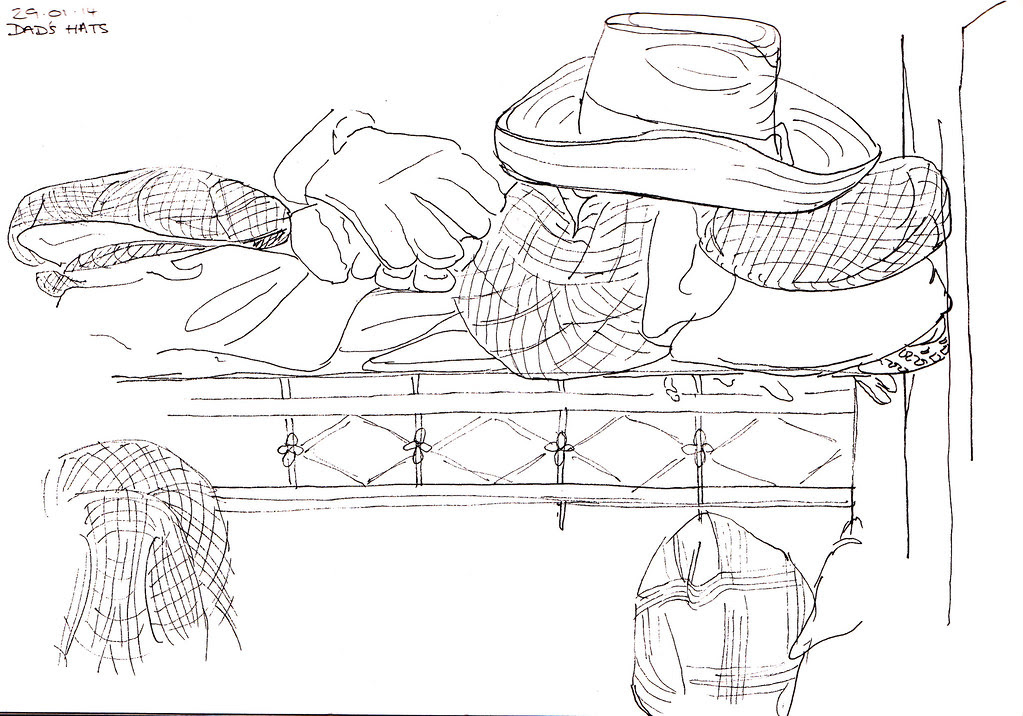 Dad loved hats, and throughout the house there are caps, trilbies, straw hats and others. I struggled to sketch over the days after his funeral and this hasn't come out as I wanted, the cold hallway didn't help, but it does show some of dad's many hats.