After the long, long bus ride I arrived in Paraty at 6pm. At 8pm I joined Brazilian sketcher, Flávio Ricardo, in sketching a theatrical performance of Paraty's history. Afterwards, I discovered 5 other urbansketchers had been drawing in the dark. What a great way to start the symposium.
The next morning I had to find an atm and walked past this lovely yard, which I wanted to sketch, but took a photo until I could get back,which I sadly didn't :( 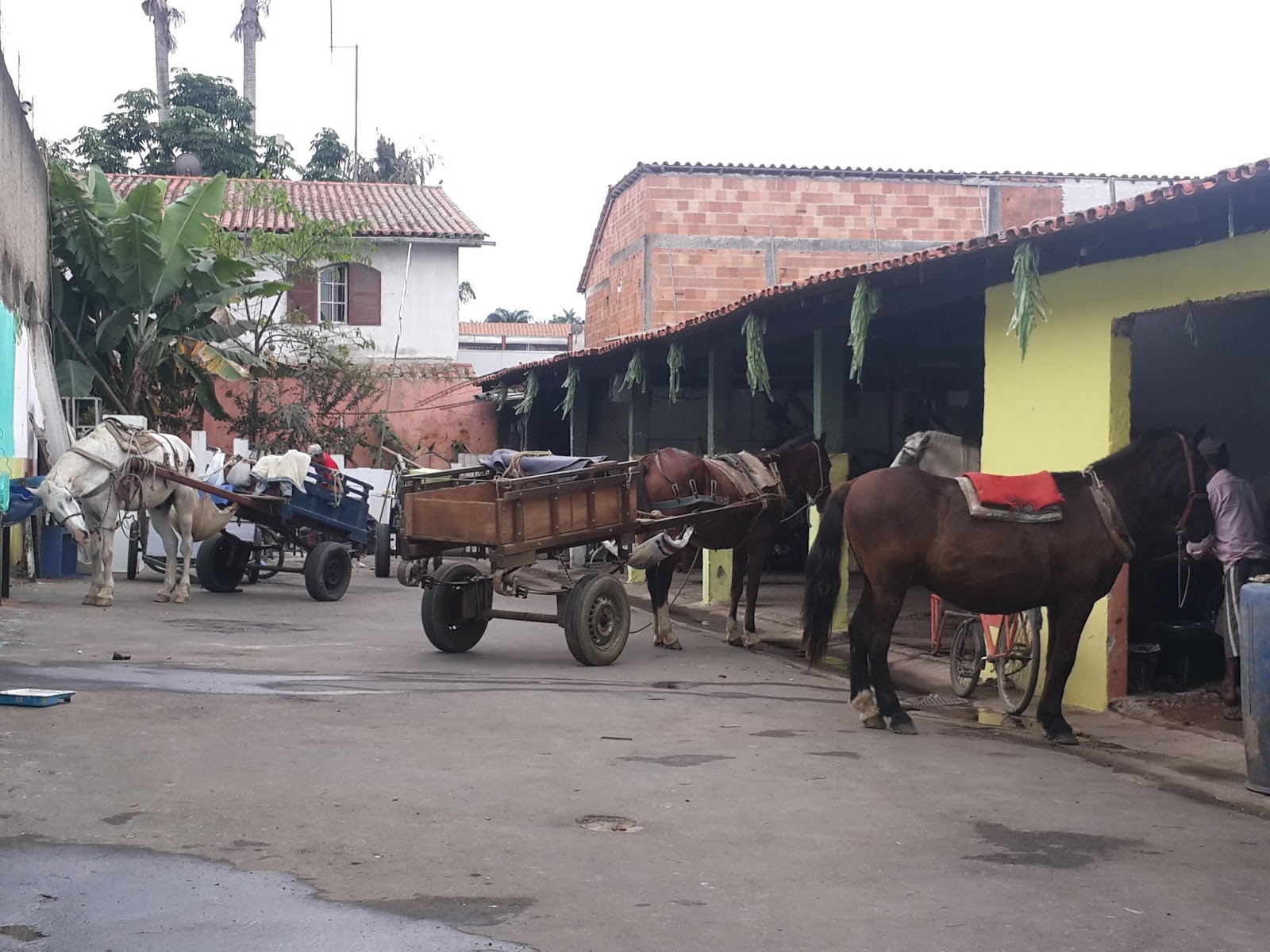 Money issues resolved, I headed into the old town of Paraty to explore. The grey horse of the photo became my 1st subject. I prefer to draw animals in pencil (I know I'm always sketching Degas in ink but... I'm an artist) unfortunately the blue pencil I grabbed won't scan or photograph well. 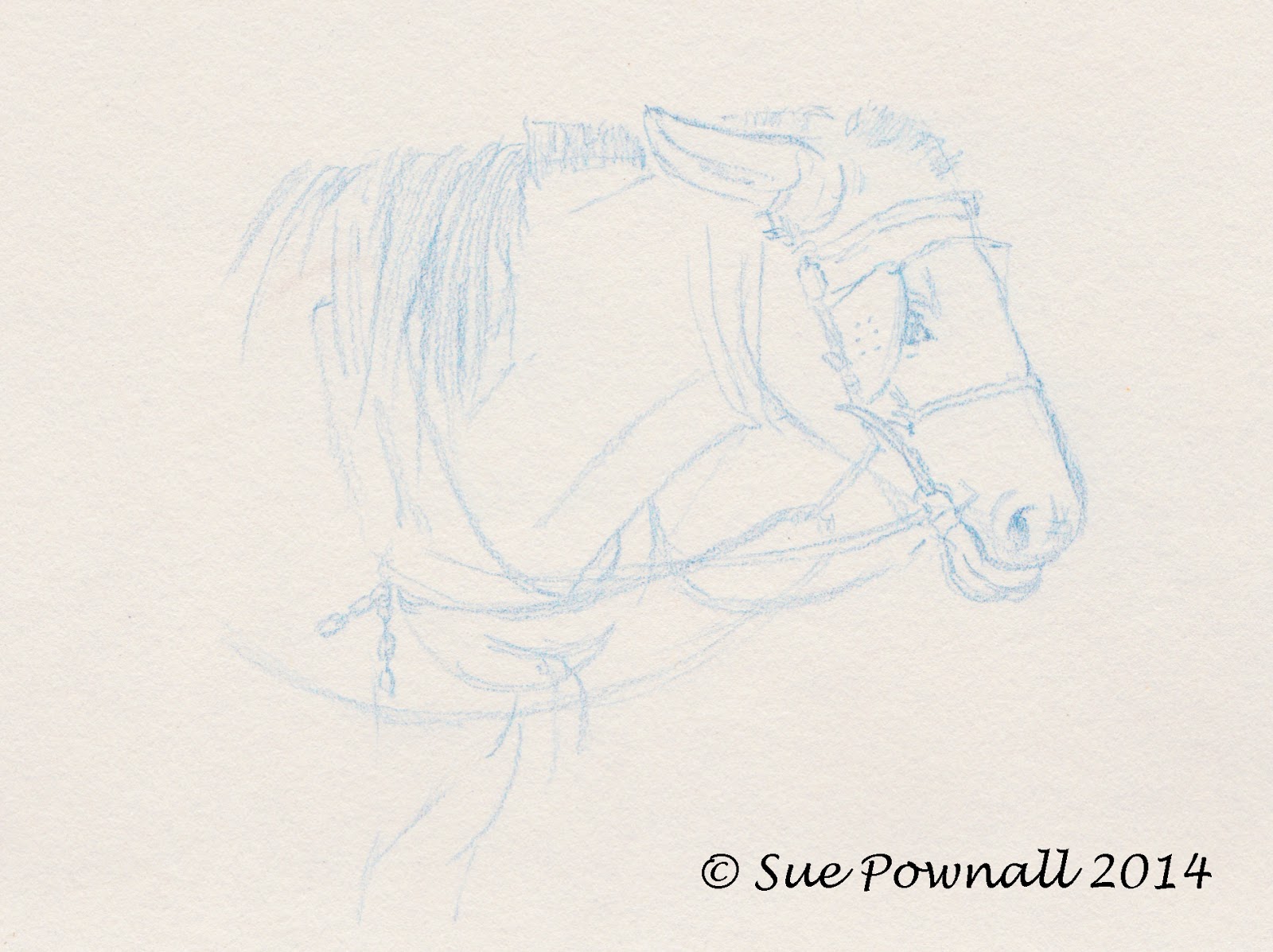 The poor horse had it's ears back most of the time as it seemed unhappy with where it was stood, except in the photo. Moving on I turned the corner and found a whole load of sketchers.  (hmm I wonder what the collective noun is as it's a misbelief of painters  and a colony/enclave of artists, but what about sketchers? Any suggestions please leave it in the comments below.) Despite being happy with my horse sketch, I was very slow to start sketching, catching up with friends first, and the perspective is very off due to my lack of concentration. Still, it was fun to be sketching in a group already.
Then it was time for tea with Liz. See her amazing tea sketches on her blog: www.lizsteel.com
Liz was the only one to sketch whilst the rest of us chatted, drank our tea and shared sketchbooks.
Finally, it was time to register for the symposium. Last year we registered the day the workshops started, but this was a great change, one I hope is continued in future symposiums, and was followed by a sketchwalk. It was quite cold and overcast at the location and I joined some of the Croquis Urbanos - Curitiba who had sensibly found a bar with some shelter to sketch in. 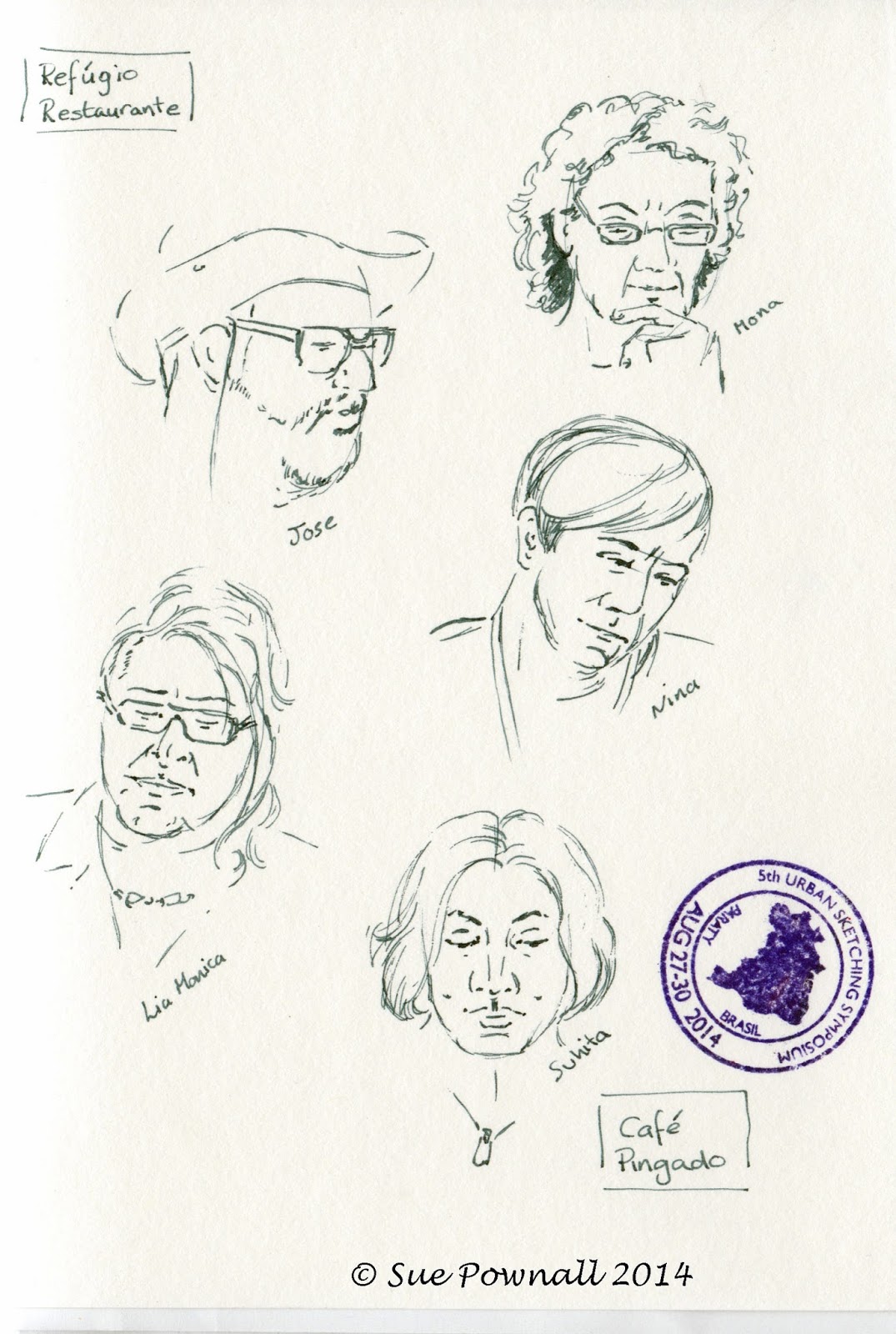 After an aborted building attempt (above), I started to sketch the sketchers in Refúgio Restaurant. Later that evening I continued in Café Pingado.
Don't forget to leave suggestions for the collective noun of sketchers.
Posted by Unknown at 09:12