My dog-sitting duties ceased on Monday, so here are the final sketches and some photos. Nelson often lies on his back, legs akimbo, for hours on end, like this...
That is until someone gets a camera or a sketchbook out and then he moves after 2 seconds. I wanted to capture that pose, but as you can see he didn't stay still - it's the top one. I actually did better in #3 here. 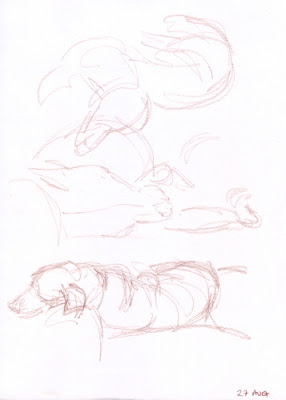 He is a strange dog as he doesn't like to swim, but will paddle in any water. I published some pics of him earlier in a pond. Here he is in the same pond later in the week. 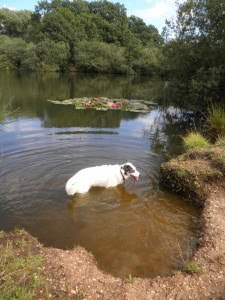 Another walk, in a different part of the same pond. 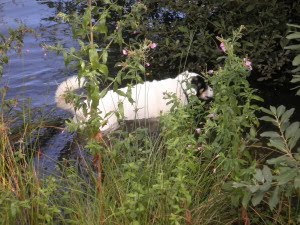 In a pond up the woods. 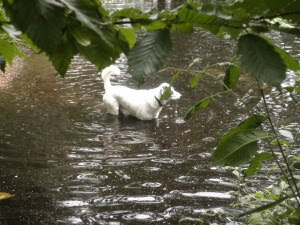 Finally, I was taking some reference photos for a possible drawing and Nelson decided he wanted to be included: 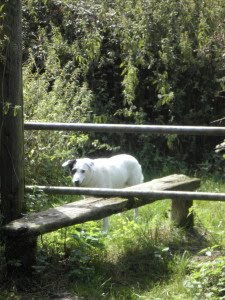