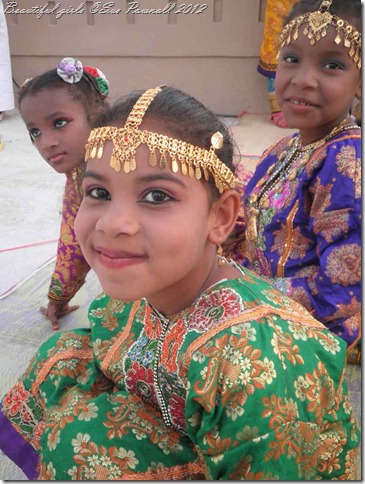 Yesterday I met up with an old friend, who I haven’t seen since my return to Oman, to sketch together in the Embassies Bazaar section of the festival. The Embassies Bazaar was a week long event, finishing last night, in which various embassies based in Oman display information about their countries. 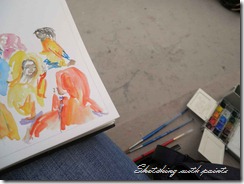 I arrived at the Festival just after the gates opened at 4pm and after finding out my friend hadn’t arrived I went to the Heritage Village. It was a mass of colour with the people from Badiyah being the focus of the night. Before starting this reportage on the festival I hadn’t realised that each night there were different regions of Oman represented, so each night I am drawn back there. 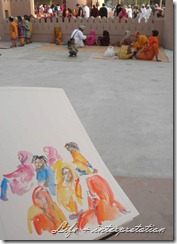 I started sketching directly in paint, which is a technique I have picked up from Kris Wiltse, as I wanted to capture the colours. I can see this sketch being turned into an abstract acrylic. Back at the Embassies Bazaar, my friend and I sketched from the Kenyan stand. I hadn’t drawn many 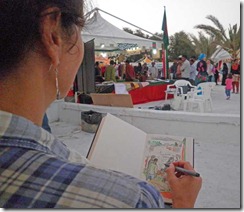 complete scenes and was motivated to do so by my friend. I was in the mood for colour, as the whole festival has so much of it, but this time used pen first for a quick placement of items then it was out with the watercolours again. I just love the action shot of me, which was taken just as I was adding a few more lines and finishing the sketch . As it’s Friday, the weekend and holiest day, I can’t get the drawing scanned, so I have added the photo I took below.
I then went back to the Heritage Village to find a spot to watch the 6.30 parade. I was having so much fun, chatting to the people around me, looking at what was going on that my sketchbook stayed in my bag. I haven’t planned to return this evening, especially as the crowds were huge large night from fairly early on, but in my tv-less state, I may. Keep watching this blog to find out. 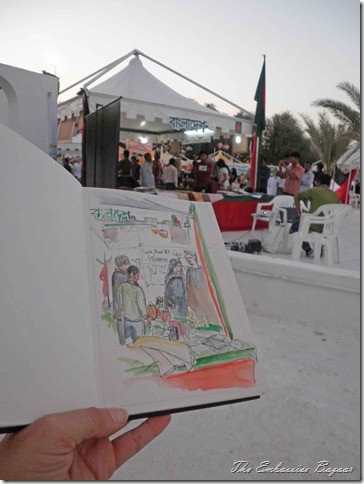