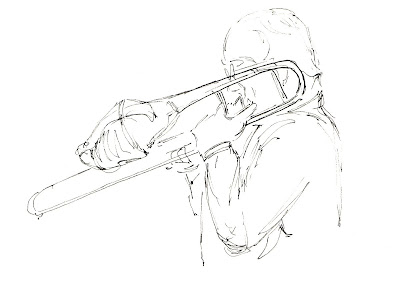 I went to another concert on Monday, and whilst the music did not excite me, as the previous week had, I still enjoyed sketching. My seat was only 4 rows from the front, so a great view, but on the same side as the previous week. This meant I drew some of the same instruments, and a new one like the trombone above. 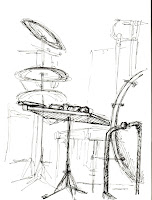 Whilst waiting for the concert to start, I drew some of the percussion instruments set up on the right of the stage (and was very tempted to add a figure during the second half, when the percussionist played them.) 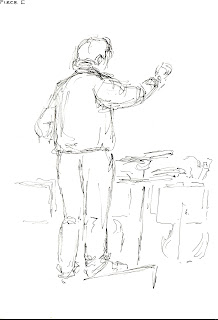 The first piece of the evening was very slow, and to my uneducated ears, sounded like the instruments were tuning up for the whole 8 minutes the piece lasted. A positive aspect was that the conductor, who was different from last week, moved very slowly and I think I got quite a good study of him.

Also different, was the double bass player. This guy was about 5 foot tall (1.5m) tall and held his instrument more upright than the previous musician. I wonder if that was for a technical or practical reason? 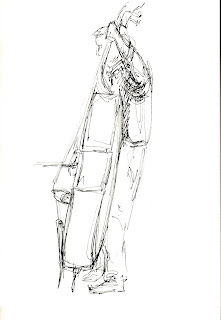 Finally, I think this was the same cellist as last week. However, either he has lost weight or one of the drawings is wrong. If you want to compare he is here. 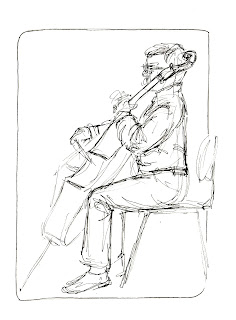